The straw that broke the bushwalker's thirst

Despite the often pristine appearance of Australian waterways, many grey nomads are choosing to install specialist water filtration systems in their rigs, reflecting growing con­cern over the quality of some drinking water.

With nomads drawn to remote and often parched areas, it is no wonder that the filters –which are designed to reduce the chlorine taste, odour and sediment in water – are prov­ing such a hit.

Bottom line. No traveller wants to get sick – or even worry about getting sick – because of dodgy water.

But what about those unfore­seen emergencies? When the bushwalk lasts longer than you planned and your water bottle is empty? Or your 4WD gets bogged on an outback track and the only water nearby is a stagnant pool?

You certainly don’t want to avoid dehydration only to be struck down by some terrible waterborne disease.

Enter the NDūR Survival Straw. It’s basically a water fil­tration system that is built into … well … a straw!

NDūR claims its device eliminates up to 99.9% of micro-organisms, up to 99.99% of all chemicals and heavy metals, and up to 99.9999% of viruses and bacteria. There are other compact accessoriess that do something similar, but the NDūR Survival Straw is said to be one of the most sophisticat­ed portable water purification devices in the world.

And the good news is you’ve got a better than decent chance of being rescued before the straw loses its filtration pow­ers. You can apparently suck up nearly 100 litres of water before the straw needs replacing.

It’s not all good though. The straw is not able to turn sea water into drinking water so, if you find yourself parched while stranded beside the ocean, you’re still going to need the ability to devise your own water distillation system.

You can buy the Survival Straw for about $30 … and then hope and against hope you never need to use it! 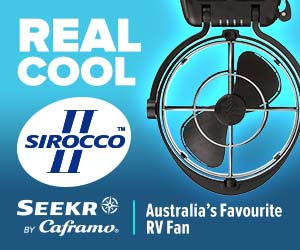