Man rescued from roof of caravan in NZ flood drama

The man was rescued from the roof of his caravan. PIC: RNZ / News Hub NZ

A man camping next to the Motueka River on New Zealand’s South Island has just had to be plucked to safety by a helicopter after his car and caravan were submerged.

“He’d managed to get up through the skylight in the caravan and get himself on to the roof out of the water, so we quite simply just went and rested the skid of the helicopter on the edge of the caravan roof,” said McAuliffe. “Our medic jumped out and escorted the man back in to the helicopter and we shifted him to dry land.”

The pilot said that, once the man was rescued, he was a little startled at what he had been through, and was extremely upset at having lost his possessions.

The helicopter crew had initially thought they were going to a call-out about a campervan with people on the roof, so were quite shocked to see a caravan with a car completely submerged in front of it.

News Hub NZ reports that the Motueka River is in flood along with dozens of others at the top of the South Island as record amounts of rainfall pummel the region.

Had a situation , back in 08, we were camped below the Copeton Dam, on the Gwydir river, we were right on the river back about 1metre above the water level, as it had been raining, my wife and I argued about being so close to the water front, as it had been raining heavily in the days before, I didn’t want to camp there, my wife insisted saying, that I am too overly cautious and it s..ts, her to death. We wake up next morning with water 2 foot deep inside our soft floor camper, Now me being cautious, she takes heed of all the time. 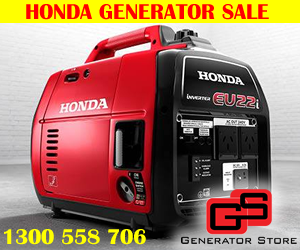 ‘We’ll go out of our way to support Outback events!’

Caravan fire leaves couple with ‘clothes on their back’